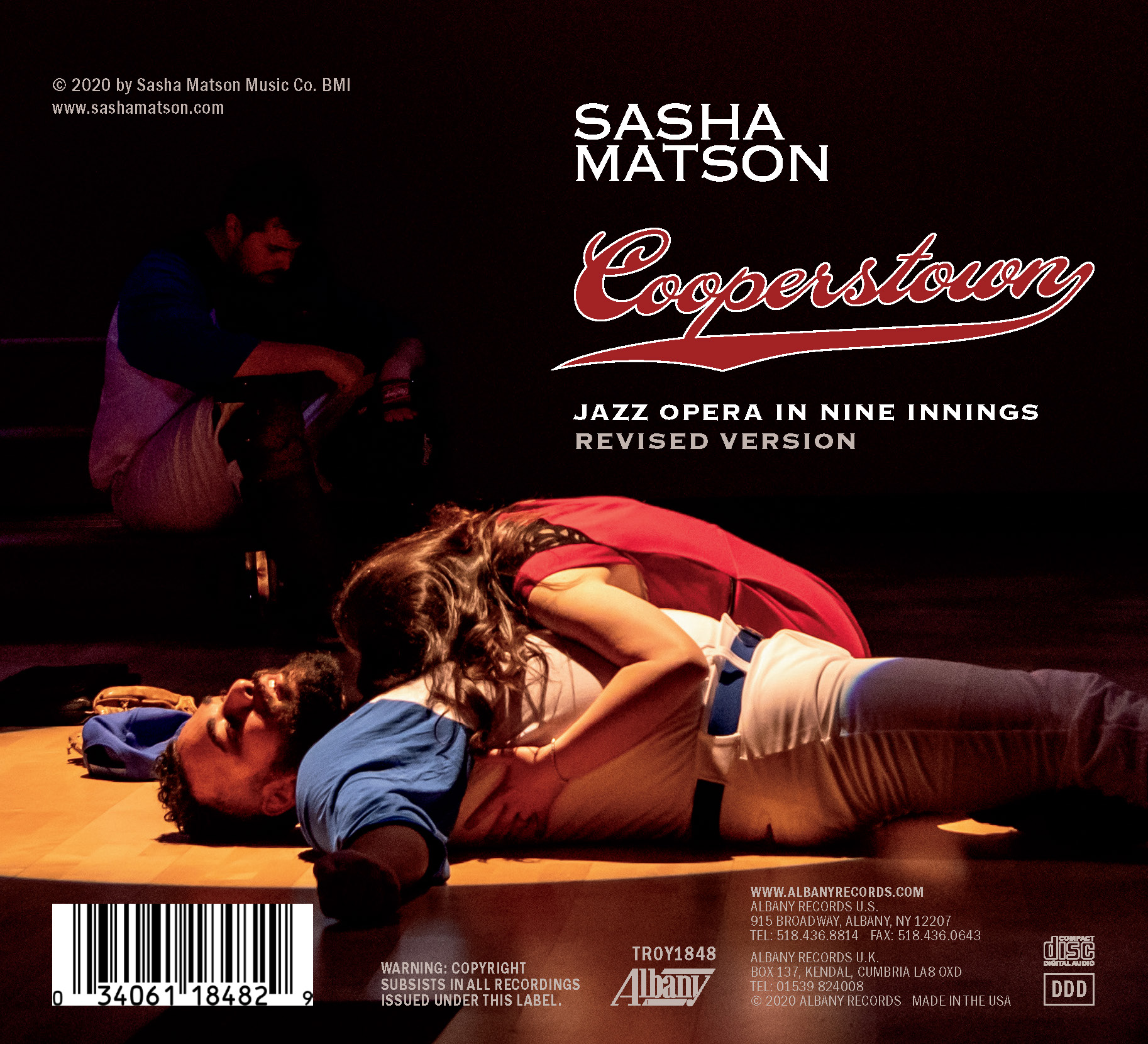 “This is a revised version of a longer opera, and I feel that trimming its dimensions has actually added an enormous focus and potency to the piece and its essence.” says Mr. Matson.

Cooperstown utilizes five solo singers and a 1950s-style jazz quintet, and is described as “a jazz opera in nine innings”. The full-length work was released by Albany Records in 2015. “Highly recommended to jazz and opera lovers alike”, said Fanfare; “Well sung and inventively composed, this intriguing blend is a bracingly new mix of genres”, said Stereophile. “As happy as I was with the original version and in particular the quality of the performers and their interpretation”, says Mr. Matson, “over time I came to feel that a revision would strengthen the piece, so I plunged into waters that many composers have navigated before – revising completed work – and in a way it was more daunting than writing the original in the first place!